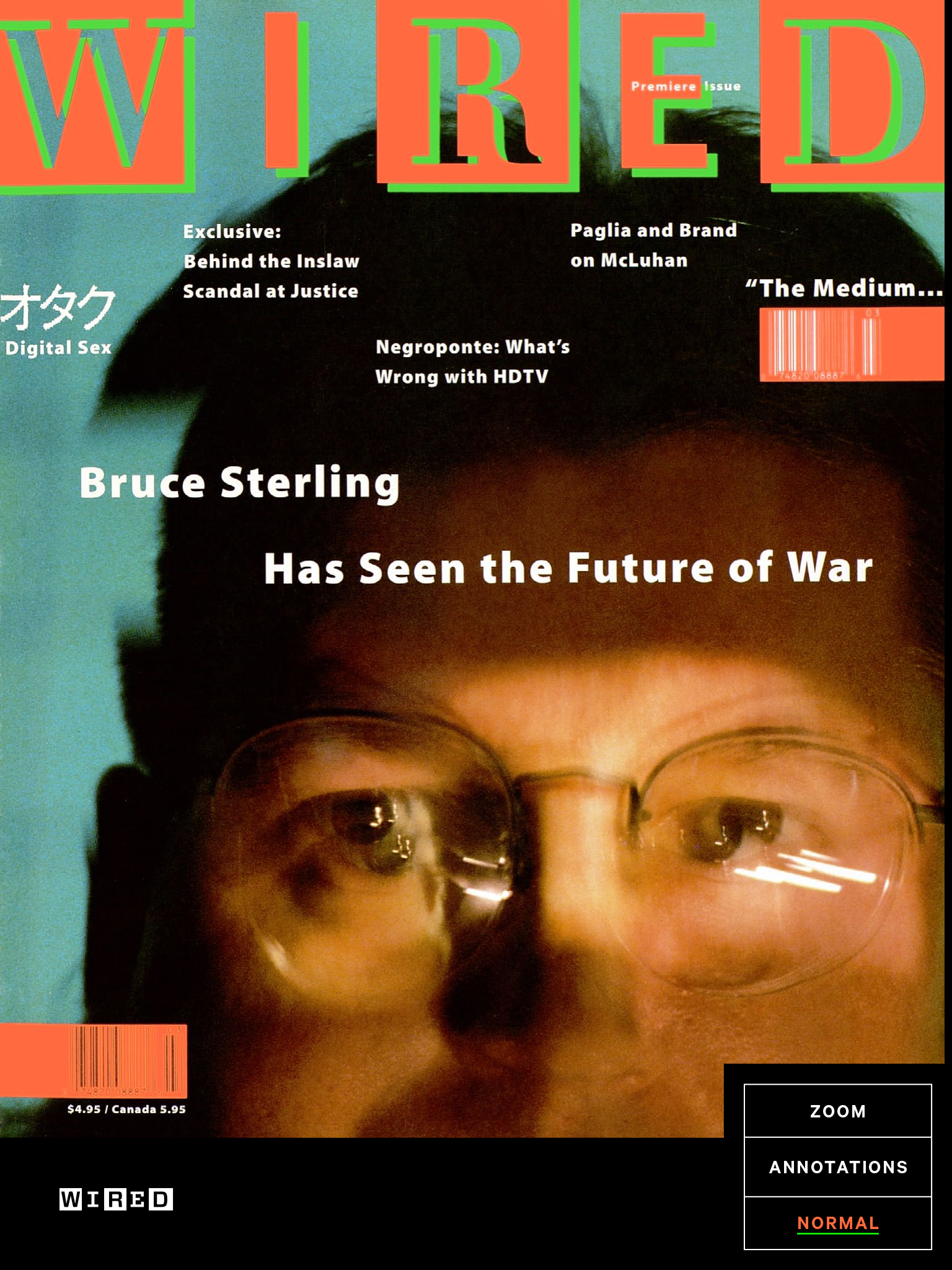 The first issue of Wired magazine from 1993, now free on iPad

I was very happy to see that Wired magazine has published its iconic inaugural issue on the iPad as a free download. I stumbled on the premiere issue at the Design museum in London, when I attended a HyperCard User Group meeting as a representative of my own company Ahead Multimedia AB. One of the organizers of this meeting was the TV journalist Max Whitby, who then run the Multimedia Corporation, a BBC company in London. Max had written an article in the premiere issue: “Is interactive dead?” (Check out his wonderful TEDxLondon talk and his talk on ebooks at Ebook Lab Italia)

Wired has been with me ever since that premier issue in the spring of 1993, I have so many memories from it. Here is an early commercial that sets the mood back then…

One interesting thing about Wired’s premiere issue is that internet was only mentioned twice. This was deliberately, as they wanted Wired to be about everything digital and how it transforms society. But internet would soon become an important subject for Wired and they also launched their own internet services like the search engine HotBot and their online magazine HotWired where they ignited the banner ad format.

I do feel that Wired has lost most of its original quality since 2001 when the editor Chris Anderson took over and steered it away from the long essays on tech and societal development and converting it more into a guys gadget magazine. But I still read Wired online and sometimes find inspiring pearls. But I stopped buying the Wired iPad edition since I find it annoyingly similar to the old CD-ROM format that I produced so much of in the 90s, I wrote about that in my post: iPad media apps: CD-ROM revisited.

This is an important historic document!

I do encourage everyone interested in internet history and future digital development to read the Wired premiere issue on an iPad. Turn on the wonderful annotations where you get inside information and today’s perspective on all the articles and ads.

1993 is 19 years ago.  This was just before Internet became mainstream, here is what the web looked like back then:

GSM mobiles had just emerged, but were still seen as expensive “yuppie toys” by most people. So in these 19 years we have seen a big transformation of our society and the ways we live, work and communicate.

Do you think that the next 19 years will show less or more progress? I think much more! The development curve is getting much steeper now that we have so much infrastructure in place in the form of broadband mobile networks and inexpensive development tools and sensors.

I believe we are now in the beginning of another just as big transformation:
the Internet of Things, M2M-communications,  Connected devices
These are silly names that will disappear shortly when we start taking for granted that “everything” is as connected to internet as we are. The benefits and possibilites are endless when our machines, gadgets, bodies, cars, tools and environments are all online, communicating both with each other and with us humans.

The new breed of really inexpensive sensors and wireless data connections enables creativity to flow in all kinds of areas. For example in the medical sector, where my focus is, there are already numerous personal health and fitness tracking devices and mobile applications, in a few years they will transform health care as we know it.

Still not convinced this is going to be The Next Big Thing? Read what the tech blogger Robert Scoble is thinking and why he is writing a book about it: The coming automatic, freaky, contextual world

So I encourage everyone to read this historic issue of Wired with the annotations.
Then engage yourself in discussions on how we can learn from this history and make the best of all the exciting digital possibilites lying in front of us!